And the trophy goes to…

Our Media Awards often yield a great crop of the best in human rights journalism, making the decision to select a winner and two shortlists a near impossible feat for the judges. Judging the Media Awards in 2016 was no different. The quality was supreme. The selection process was passionate. The judges’ decision, however, was final.

A snapshot of the 2016 winning entries

Amnesty International celebrated two of the UK’s best-known journalists for their dedication to human rights reporting at its 25th annual Media Awards ceremony in central London on Tuesday 29 November 2016.

The Sunday Times’ foreign correspondent Marie Colvin – who, in 2012, was killed in an airstrike while on assignment in Syria – and BBC News’ correspondent Sue Lloyd-Roberts – who died of cancer in October last year – were each posthumously given a special Amnesty Media Impact Award that honours their courage and unwavering commitment to human rights journalism. 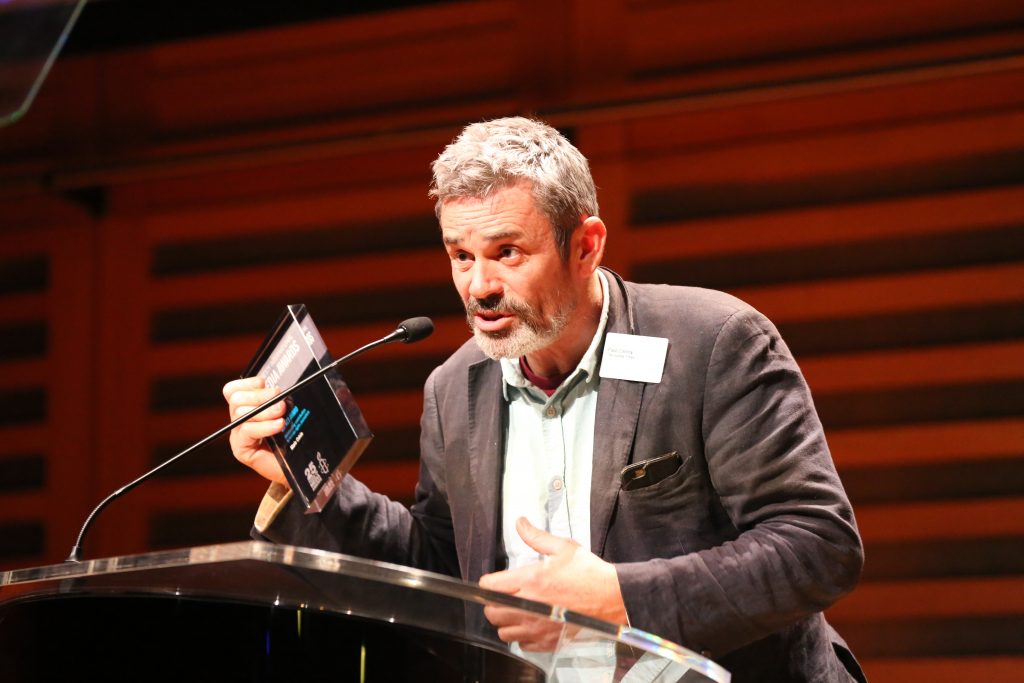 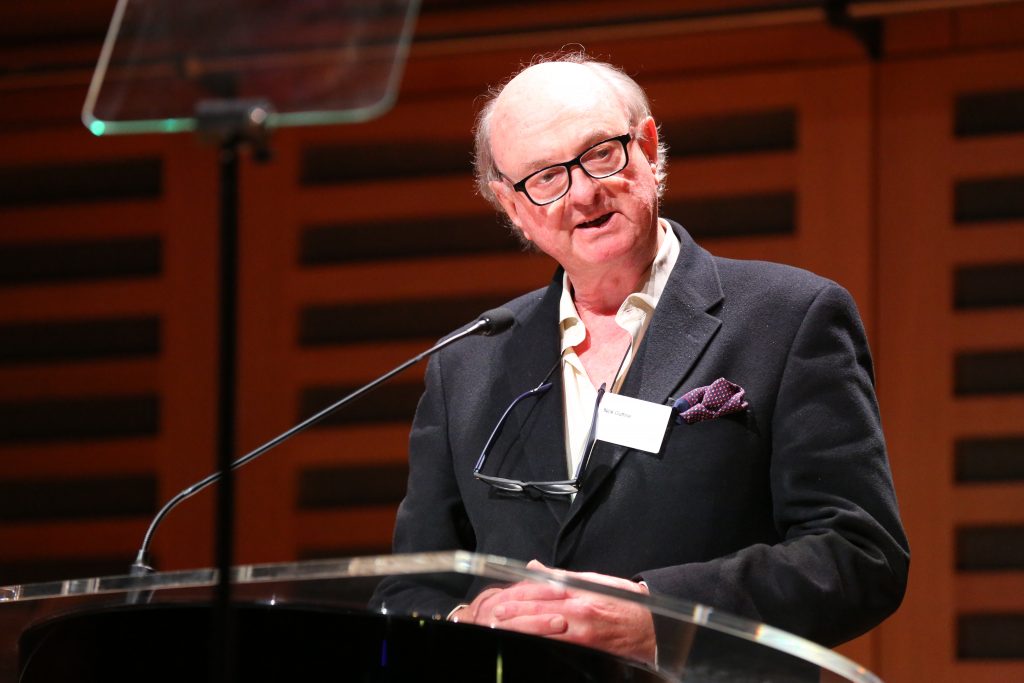 Sue Lloyd-Roberts was praised for her reporting on genital mutilation of young women in west Africa and for shocking reports on the killing to order of prisoners in China for organ transfer, while Marie Colvin was celebrated for her determination to uncover human rights abuses in war zones at personal cost to her own life, from Sri Lanka to Syria where she ultimately lost her life. Amnesty International’s UK Director Kate Allen said:

“We’re extremely pleased that the judges have awarded these two towering figures in British journalism this prestigious honour. Marie and Sue’s tenacious reporting helped to uncover some of the world’s worst atrocities. They also bravely challenged some of the worst human rights abusers. Although sadly neither journalist could be with us this evening, we’re delighted that we can applaud their fantastic work tonight and their families can be reminded of just how much their reporting was valued.”

Ranging from the downfall of President Alberto Fujimori amid a major scandal involving corruption and human rights violations to the first post-apartheid elections in South Africa, each shared their personal memories of the human rights stories which had the greatest impact on them over the 25 years.

The Awards ceremony was hosted by Channel 4 News’ Foreign Correspondent Jonathan Rugman who stepped in with less than 24 hours’ notice to host as BBC presenter Emily Maitlis was unexpectedly sent to Havana to cover the death of former Cuban leader Fidel Castro.

Meanwhile, the Sunday Times, The New Statesman, The Guardian and Channel 4 News were just some of the winners at this year’s Awards ceremony which took place at King’s Place in London.

Waad Al Kateab was unable to attend the awards, as she is currently trapped in eastern Aleppo. However, Waad sent a message which was read by Ben de Pear, Channel 4 News editor. 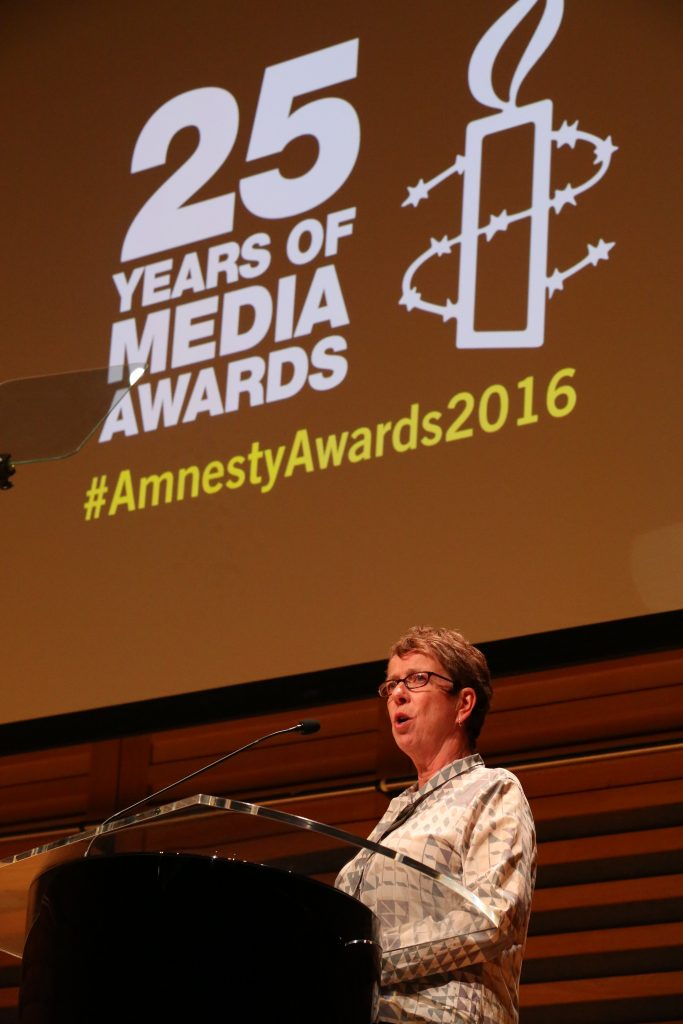 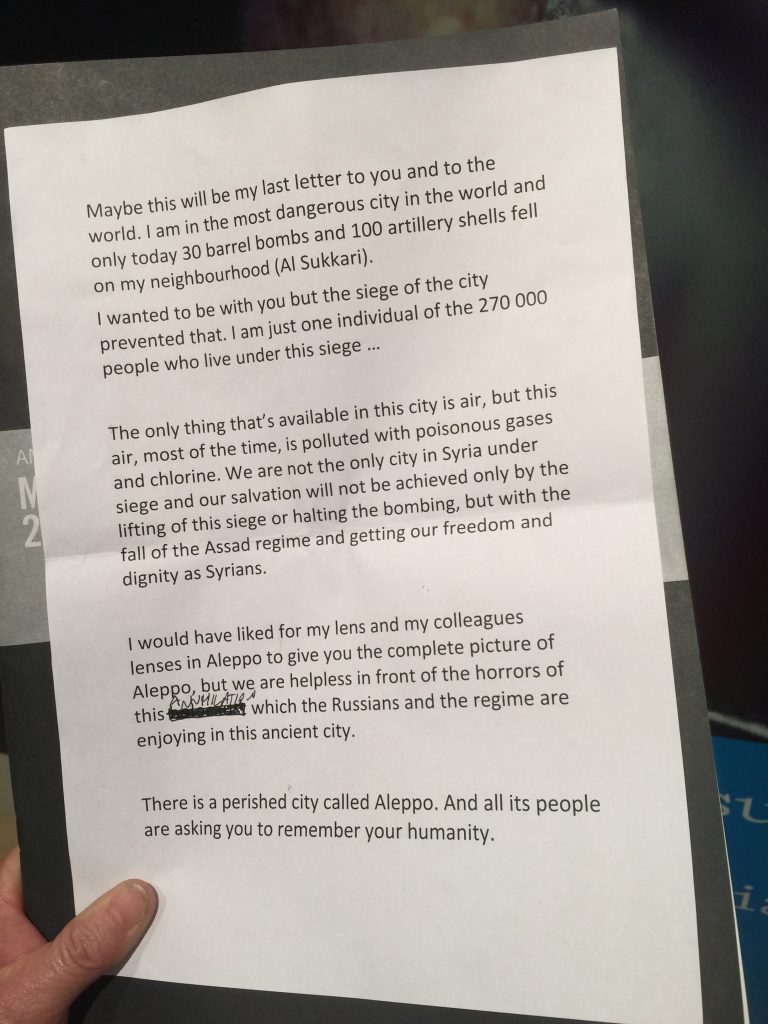 “Maybe this will be my last letter to you and to the world. I am in the most dangerous city in the world and only today 30 barrel bombs and 100 artillery shells fell on my neighbouhood (Al Sukkari).

I wanted to be with you but the siege of my city prevented that. I am just one individual of the 270,000 people who live under this siege.

The only thing that’s available in this city is air, but this air, most of the time, is polluted with poisonous gases and chlorine. We are not the only city in Syria under siege and our salvation will not be achieved only by lifting of this siege or halting the bombing, but with the fall of the Assad regime and getting our freedom and dignity as Syrians.

I would have liked for my lens and my colleagues’ lenses in Aleppo to give you the complete picture of Aleppo. But we are helpless in front of the horrors of this annihilation which the Russians and the regime are enjoying in this ancient city.

There is a perished city called Aleppo. And all its people are asking you to remember your humanity.”

During the ceremony, Amnesty urged the 400-strong audience to support its call to the authorities in Egypt to immediately and unconditionally release the prominent Egyptian photojournalist, Mahmoud Abu Zeid, popularly known as “Shawkan”, who has been in detention in Egypt for more than three years. Journalists, celebrities and other attendees were encouraged to send tweets calling for the release of Shawkan with hashtag #FreeShawkan.Amnesty International UK Director Kate Allen said:

The Guardian, 6 x 9: A Virtual Experience of Solitary Confinement