A snapshot of the 2015 winning entries 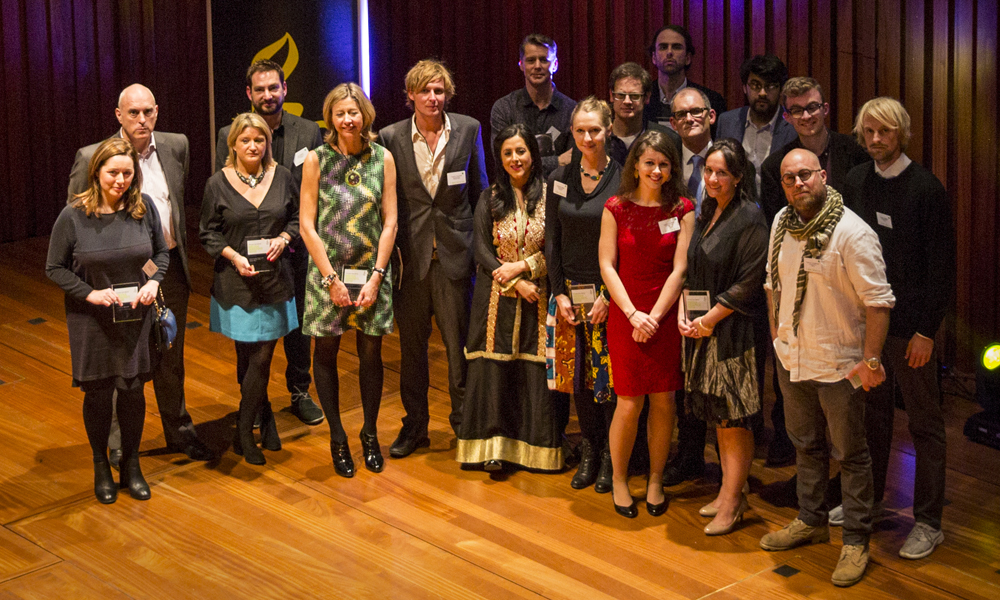 The TV Award was given to Channel 4 News for Jackie Long’s compelling piece on immigration detention centre, Yarl’s Wood. In a damning expose of the UK’s most notorious immigration removal centre, Channel 4 News revealed shocking acts of contempt by the guards, and several incidents of self-harm: ‘They’re all animals. Caged animals. Right? Take a stick in with you and beat them up‘.

The Newspaper Award – which this year is called News – was awarded to Sunday Times journalist, Christina Lamb for her piece ‘I’m afraid of the sea but I’ll do anything to get out‘. Her compelling narrative tracks the individual tales of men and women stuck in a detention centre in Libya – the main crossing point from Africa to Italy, Malta and Greece.

I ask where they have all come from. Sudan, Somalia, Niger, Gambia, Nigeria, Ivory Coast, Pakistan, Afghanistan and Sierra Leone come the replies – a list of the world’s poorest places and most perilous trouble spots.
Why, I wonder, have they come to Libya – itself a war-torn country and the latest target of Isis. They look at me as if I am mad. One by one, they tell of escaping famine, persecution, conflict, terrorism and disease, even accusations of witchcraft.

The Guardian’s online campaign ‘the Counted‘ – which throws a spotlight on the number of people killed by police in the US, took the Digital prize in 2015. The campaign was commended for being a landmark piece of interactive journalism. It combined investigative reporting and crowdsourced material to document the details and demographics of the people killed and tell the stories of how they died. It was the first project of its kind.

Our Nations and Regions trophy was picked up by BBC Northern Ireland’s Spotlight programme for its programme ‘A woman alone with the IRA‘.

In 2015 we replaced the long-running Magazine category with the Features Award. Its inaugural winners were The New Statesman’s Anders Fjellberg & Tomm W. Christiansen Dagbladet for their piece, ‘The boys who could see England‘.